Whole Foods is a well known company with a presence in most every major city.  While the stock did have a bullish 6 year run to 2014, the last few years have not been so positive for shareholders.  The  recent 2 year long sideways pattern appeared to be a shelf for further decline since it did not participate in the overall stock market’s advance from November of last year.

The catalyst that broke the sideways price action was the announcement by Jana Partners that they had taken a 8.8% stake in the company.  This event has caused the technical indicators to retreat from being likely bearish.  Accordingly, it no longer makes sense to expect a bearish resolution. 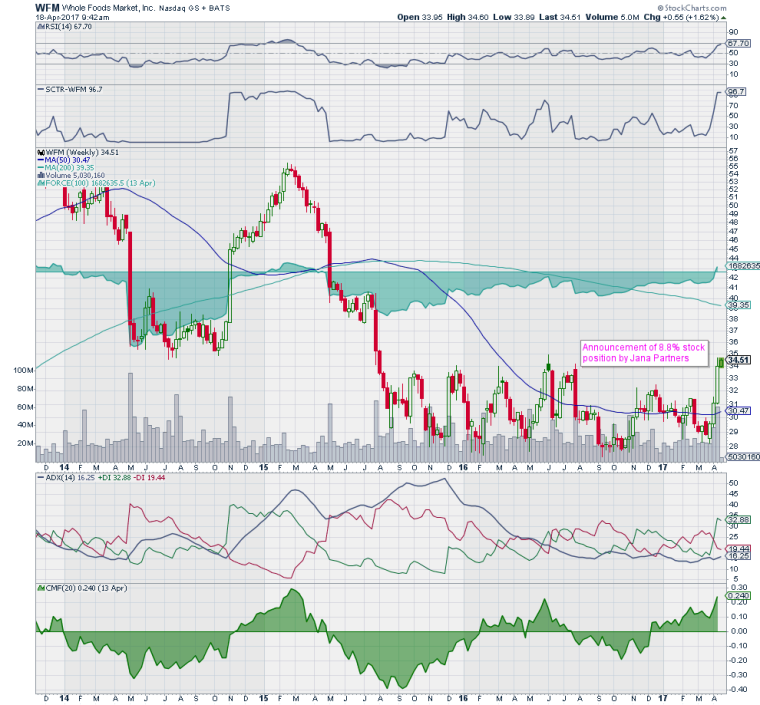