Five months following our annual forecast for the Dow Stocks, we show the 6 month period of subsequent activity in the grid of charts below (chart by StockCharts.com)

While the details may be difficult to see, the salient point is only to observe which Dow stocks have performed well and which have lagged.  The late January correction served to bring back numerous issues which had traded far above their moving averages  Since that correction, the sectors of the market that have recovered quickly and even pushing to new highs, are clustered in two major areas: technology and finance.  If we add such strong relative strength stocks not  included in the Dow such as AMZN, NFLX and FB, we can see that market strength is centered on technology stocks almost exclusively.

We observe that INTC, MSFT, AAPL and CSCO are trading above their values at the outset of 2018.  Finance issues such as AXP, V and JPM have been resilient as well despite the late January sell off.  With the notable exception of Boeing, the standard ‘industrial’ stocks have fared rather poorly: MMM, IBM, WMT and especially GE, have been laggards.

In fact, much of this price activity was discussed in our beginning of year forecast and there have only been a few surprises in the Dow stock forecasts.   These forecasts were predicted solely on price/momentum studies displayed at the time.  Seldom do very liquid stocks turn randomly or trade capriciously over the longer term.   My tenet is that stocks react slowly to large picture money flows and the whole basis for technical analysis resides in the tendency for stocks to trend.   Once established, the only task is to look for compelling reasons to abandon that trend.

We’ll continue to look at relative strength performers in the Dow, not only as havens for money but also as indicators for issues in the same space in which to place new money.  For now, the strength continues in the technology and finance sectors and we will monitor to see if there are any reasons to abandon that trade.  From the appearance of the aggregate stock indices, the Dow, S&P and Nasdaq look poised to move higher after a few months of congestion.  Momentum indicators are positive, prices are trading above the standard moving averages and there are few glaring divergences. 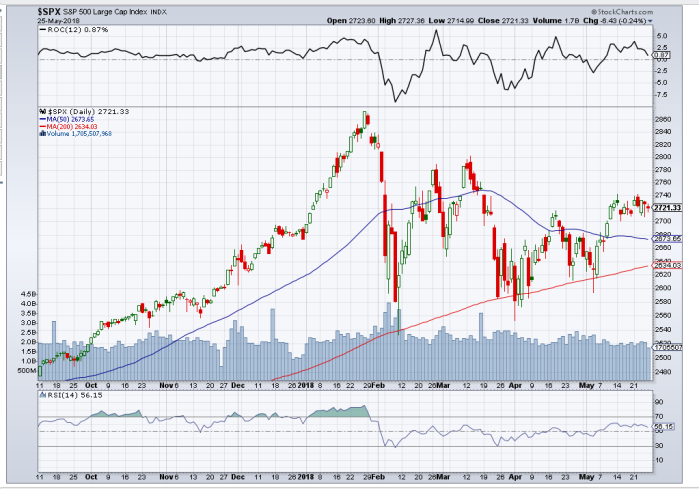 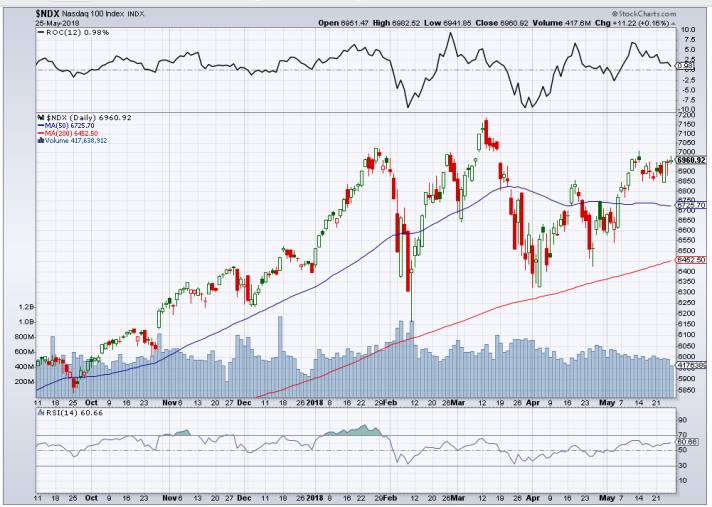